Search Site
Menu
Home / Blog / What Happens When Only One Person Wants a Divorce?

What Happens When Only One Person Wants a Divorce? 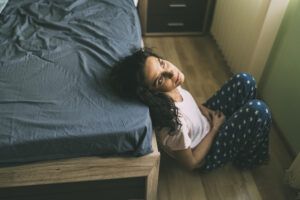 Breaking up isn’t that hard to do in Pennsylvania if both spouses agree to the split and have no financial disputes to resolve. In a divorce by mutual consent, one spouse files a complaint stating the marriage is irretrievably broken and serves it on the other spouse. Ninety days later, each spouse signs and files an affidavit agreeing to the divorce. After reviewing all the papers, the judge signs the divorce decree.

But what if the divorce isn’t mutual, or if there are disputed financial or parenting issues?

When only one person in the marriage wants to break up, a no-fault divorce is still possible. A complaint charging irretrievable breakdown can be filed after a couple has been separated for one year. However, the period of separation can be difficult to substantiate. In Pennsylvania, separation means “cessation of cohabitation, whether living in the same residence or not.” So the party seeking divorce may claim the couple ceased being spouses even though they continued living under the same roof, and the party opposing divorce can contest this. It’s also conceivable that the spouses physically separate and reconcile multiple times, which can interrupt the running of the one-year period.

Despite the one-year wait and the difficulty in measuring it, a no-fault divorce based on separation can be well-suited to situations where there is disagreement over finances. The date the couple separates not only starts the waiting period but also closes the book on marital property. Any asset acquired after the separation date is deemed owned individually by one spouse or the other. This allows each spouse to get on an independent financial footing while the details of dividing marital property are worked out.

Another option when couples can’t agree to divorce is pursuing fault grounds. In Pennsylvania, these are:

Divorces on fault grounds are not subject to any waiting period. However, the grounds are often difficult to prove and can lock the parties in lengthy and contentious proceedings. They can also have an effect on resolution of other issues. A spouse’s adultery can make that spouse ineligible to receive alimony if there is convincing evidence that adultery led to the divorce and that the other party’s hands are clean.

When it becomes clear that your marriage is headed for dissolution, being represented by a qualified divorce attorney can be a great help in getting through the process. At Feldstein Grinberg Lang & McKee, P.C. in Pittsburgh, our lawyers are experienced in all aspects of divorce proceedings and will stand up for your rights. Call 412-471-0677 or contact us online to see how we can help you.