Search Site
Menu
Home / Blog / What Rights Does a Nonbiological Parent Have During a Custody Dispute in Pennsylvania?

What Rights Does a Nonbiological Parent Have During a Custody Dispute in Pennsylvania? 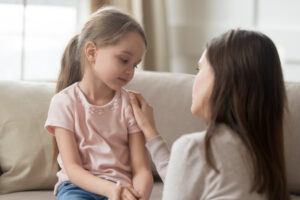 In May, a Pennsylvania Superior Court recognized a nonbiological lesbian mother’s right to share custody of a child born to her former partner, based in part on an informal arrangement between them. Though the ruling is a progressive interpretation of the status of nonbiological parents in same-sex relationships, it is clear that the particular facts were crucial to the outcome and that not every similar case will be decided the same.

In this case, R.L. v. M.A., the nonbiological mother, R.L., sued the birth mother, M.A., for custody of the child. R.L.’s brother had served as the sperm donor and the child, V.L, was given R.L.’s last name. The couple broke up shortly after the birth but made an informal agreement to share custody. For four years, R.L. and M.A. rotated physical custody on a weekly basis. When a dispute arose, M.A. stopped the rotation, leading to the suit. The trial judge, based on a weighing of factors set forth in the state Child Custody Act, awarded R.L. and M.A. shared physical and legal custody and reinstituted the alternate-week schedule. Acknowledging the statutory presumption in favor of the birth mother, the judge found that R.L. rebutted it by clear and convincing evidence, namely “the undisputed decisions regarding custody that the parties had made together both prior to and following their separation.” The appeals court affirmed, agreeing that shared custody was in V.L.’s best interests and rejecting the argument that if all factors weighed equally, the birth parent should automatically prevail.

However, a decision by the Pennsylvania Supreme Court in 2018 went against a lesbian mother who sought shared custody. About five years after the woman and her partner began living together, the partner gave birth with the help of a sperm donor. The women continued to live together for another six years, with the nonbiological mother placing the child on her health insurance plan. When the couple split up, the biological mother claimed that she had been a single parent the entire time. The court agreed, finding that the nonbiological mother had not clearly established her intention to be a parent. The court cited the plaintiff’s failure to register as a parent with the child’s school and the fact that the couple never registered as domestic partners.

It is clear from these decisions that a nonbiological parent’s intentions and commitment, demonstrated by actions, are crucial to obtaining child custody. In R.L. v. M.A., the court noted that the custody suit was brought to memorialize the informal agreement the couple had entered. While the decision was based on a best-interest analysis, the existence of the agreement was a strong factor, as was the couple’s abiding of it for most of the child’s life.

Other actions by a same-sex couple can help establish a nonbiological parent’s custody rights. One is having that party’s name included on the birth certificate and on other records, such as the child’s school registration. If the couple splits up amicably, a written and signed co-parenting agreement may clarify each parent’s rights and duties. If the parties agree, the nonbiological parent can adopt the child.

The family law attorneys at Feldstein Grinberg Lang & McKee, P.C. help nonbiological and biological parents in Pennsylvania with child custody issues and adoption. To schedule a free 15-minute consultation, call our Pittsburgh office at 412-471-0677 or contact us online.