When Can a Former Employee Safely Break a Noncompete Agreement? 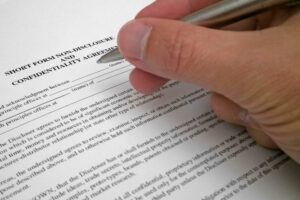 In January 2019, a retired executive of Koppers — a global manufacturer company based in one of the most recognizable buildings in the Pittsburgh skyline — found himself sued for serving as an advisor to another company in violation of a covenant not to compete. Robert Wombles, who had been Koppers R&D vice president for carbon material products, allegedly took confidential information with him to the competitor, according to the Pittsburgh Post-Gazette. The federal suit seeks damages and an injunction. In his answer, Wombles claims the covenant is unenforceable.

Noncompetes often include or are coupled with nondisclosure agreements (NDAs) that forbid an employee from revealing their knowledge of the employer’s business or trade secrets. Even without an NDA, revealing trade secrets can be the subject of a lawsuit claiming damage to intellectual property. However, violating an NDA or revealing trade secrets require separate proof and cannot be presumed from a former employee’s taking a job at a competing company.

If an employee is terminated without cause, the company may face an uphill battle trying to enforce a noncompete. After all, if the employee was considered non-essential, his or her moving on to another company should not pose a legitimate threat of harm. Carefully drafted noncompetes often include liquidated damages clauses and waivers that on their face prohibit employees from challenging them. However, like any contract, defenses to performance can be raised if the agreement was flawed in its execution or imposed onerous terms.

From our office in downtown Pittsburgh, the attorneys at Feldstein Grinberg Lang & McKee, P.C. advise Pennsylvania business owners and corporate boards on breach of contract issues and other business disputes., including those arising from noncompete agreements. To schedule a free 15-minute consultation, call us at 412-471-0677 or contact us online.